The Greatest War Paintings Of All Time

War and art may represent different fundamental aspects of reality, but they have successfully co-exited together for thousands of years. From depictions of ancient battles to more recent works of the World Wars, artists have always wanted to try and capture some of the darker sides of humanity, which also led to some of the best artworks ever made.

These are pieces that sometimes glorify war, while others may vilify it instead. Whatever the case may be, these are some of the best war-related artworks of all time.

Of all the wars of the last few hundred years, few are as famous as the War of Independence that saw the young country of the United States battling to earn its freedom against the British. Arguably the most prominent figure from the engagement is George Washington, the USA’s very first president, and a man that has become a legend in his own right.

While there are many depictions based on the famous general, none are quite as well-known as Emanuel Leutze’s George Washington Crossing The Delaware, showing Washington’s attacked on a New Jersey shore during the winter of 1776.

Also known as the Horrors of War, this artwork is widely considered to be one of the first activist paintings ever created. It’s subject is the Thirty Years’ War that engulfed much of Central Europe during the mid-17th century, and shows the god of war Mars as he marches on the Temple of Janus. Made by Peter Paul Rubens, it’s regarded as one of his finest works, and it’s a piece that’s overflowing with emotion and detail that does its best to try and give the viewer an idea of how horrific the war had been at the time. 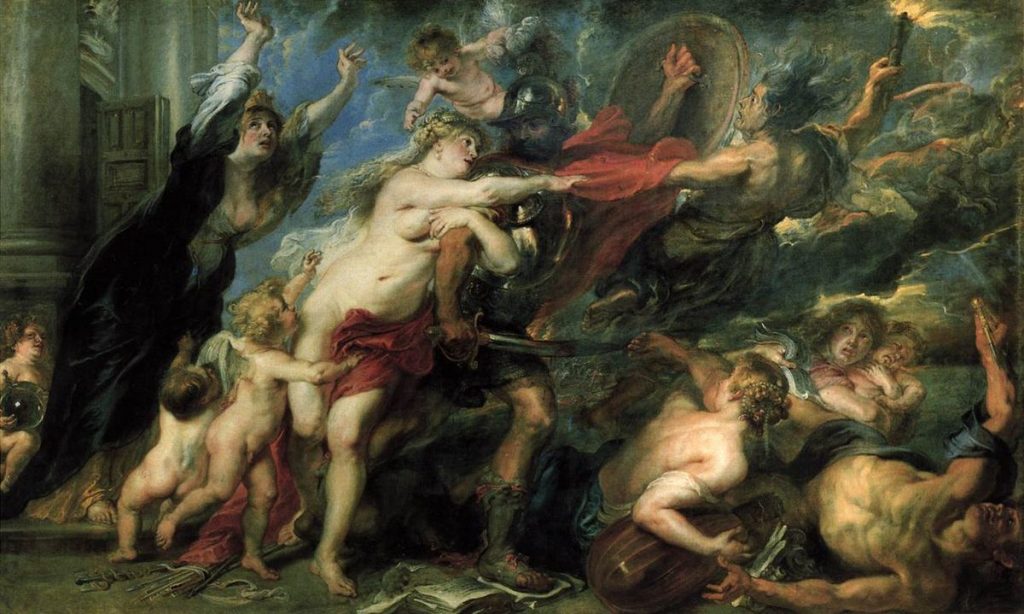 The Battle of Alexander at Issus

The Battle of Issues was fought in 333BC, where the famed Alexander the Great left the day victorious after besting the Persian Darius III. It allowed Alexander to further his reach into the Persian Empire, one of his greatest foes during his many conquests.

Made by Albrecht Altdorfer this piece is unique for two reasons: it was made in a portrait orientation, which is fairly unusual for war paintings, but also that Altdorfer was well-known for being a Master of Art that was almost always in landscape.

Whatever his reasons for choosing that orientation, it remains a powerful depiction of the violent struggle that took place at Issus almost a thousand years beforehand, a world much different to today’s one of streaming and online betting Peru.

This piece was created by none other than famed artist Pablo Picasso and focuses on the atrocities that took place during the Nazi campaign in Europe, specifically in the town of Guernica, which is located in Spain. Picasso was young when World War 2 broke out and witnessed many of the horrors that took place. Here we can see a number of people suffering as they attempt to hide from the bombs in a shelter.