That’s right, you read right – King Lear with sheep! This is an actual production that went on in London back in 2015. It starred one human actor and, you guessed it, several sheep. The adaptation was the brain child of Missouri Williams, a writer who claimed she was tired of seeing the same, safe, boring productions of the great bard over and over again. This production was simply aimed at trying to get new life into something that was once great, and shake up the theatre industry by going completely out there with the concept.

The only human on stage was a man playing the part of the director. He spent the production herding the sheep, who were playing all the known roles of Shakespeare’s King Lear, from scene to scene. It appeared to be mostly the sheep standing around as the actor said the lines for them.

The Second Network – a popular YouTube channel that attracts people just like Bingo games online in New Zealand – has taken to rewriting some of the plotlines for Shakespeare’s women. Essentially, they want to right some wrongs and are using the mechanic of a new character – the Sassy Gay Friend. Their most popular adaptation to date is their version of Othello. In the video, you find Desdemona waiting in the bedroom for Othello.

This is literally just before he kills her in the play. Suddenly, the new character appears after travelling through time from the future. He tells Desdemona what has happened and that she really ought to leave her abusive husband.

The whole thing is done with a modern sense of humor that is both lighthearted and quite poignant. This is also not the only Shakespeare adaptation that they have done under the Sassy Gay Friend title. Othello just seems to be their most popular. 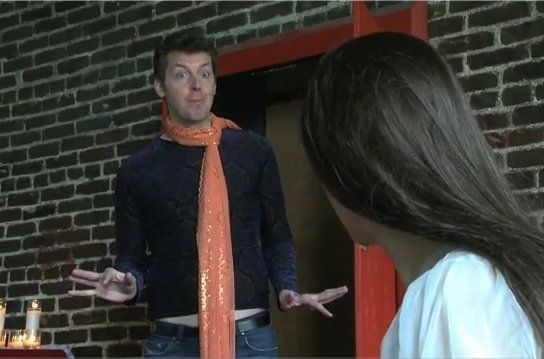 Romeo and Juliet in the Sky

The Reduced Shakespeare Company (known for creating the smash hit The Complete Works of William Shakespeare Abridged) took to the skies in an Easy Jet plane and performed their version of Romeo and Juliet whilst on route to Verona. This was all part of a campaign by the airline to try and get April 23 named a national holiday – National William Shakespeare Day.

The campaign started small, with the classic image of the bard being painted onto the planes. The company also started a petition with the aim to get 100 000 signatures before sending it to parliament. Before the finale of Romeo and Juliet in the sky, the company also put on a few small Shakespearean performances in airport waiting areas.