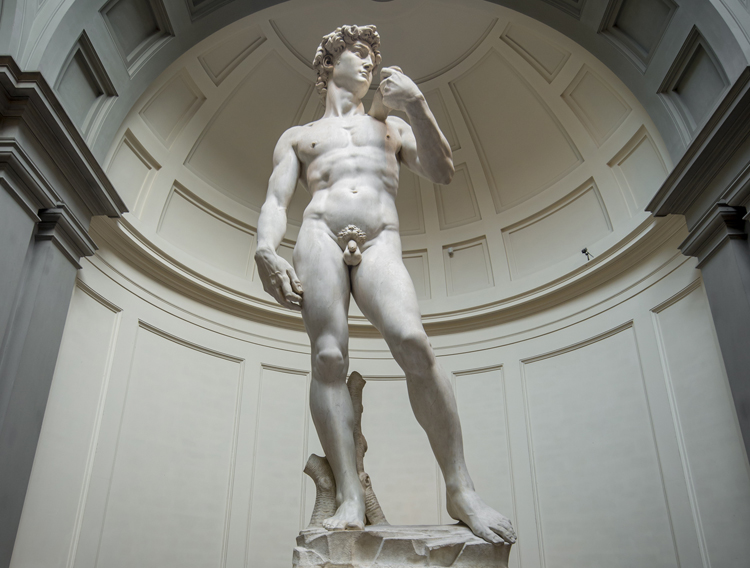 It’s believed to have taken Michelangelo many years of constant work to fully construct the magnificent statue, and that he had kept it a secret until 1504, It’s regarded as the embodiment of High Renaissance art for the time, and a tribute to the skills of Michelangelo, a true artist without equal. The facts surrounding the statue are almost endless, but the following are perhaps the most interesting.

David was carved entirely out of a single block of white marble, a specialised kind of marble that is only found at a few locations around the world. It’s over 7 metres tall, and weighs in at over 6000 kilograms, meaning that it’s much heavier than it appears.

The marble block that was used to carve the statue was originally worked on by artist Donatello for around 50 years prior to its transformation into David. The block was eventually rejected by the original artist as he said that there was a deep flaw in the marble that disallowed it from being used for the intended project.

In 1527, an uprising saw a chair being flung by protesters at the statue, where it hit the left arm and caused some damage in three different spots. 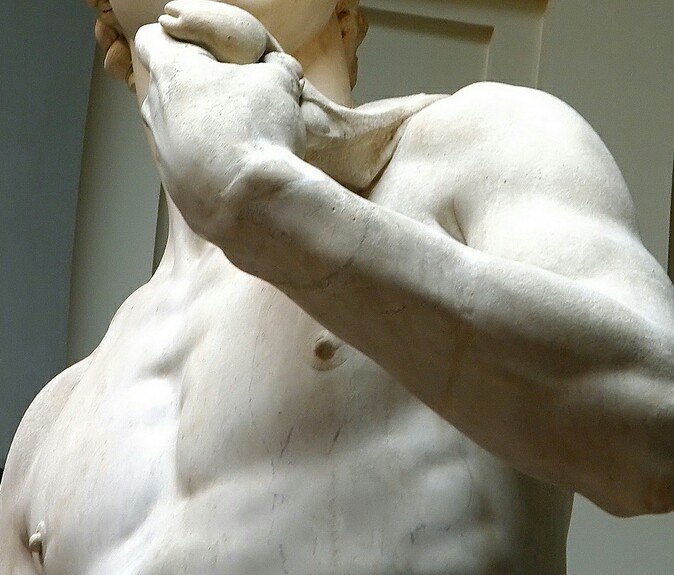 In the mid 19th century, the statue was set to be displayed at the Victoria and Albert Museum, situated in London; meant to be a visit that would be fun for all. Queen Victoria, however, was so taken aback at the site of David’s nudity that she ordered that a fig leaf be used to cover his exposed genitals prior to its display at the museum.

The statue of David lived in the city of Florence for over 500 years, but it was only recently when the Italian government had to step in to decide who owned the statue, and it’s a toss-up between the country or the city. The outcome remains to be decided as of right now.

It’s fairly noticeable that the statue’s right hand is bigger than the other, which was an intended artist choice by Michelangelo. It’s believed that he did this as a reference to the biblical name for David, which translates to strong of hand or something similar.

It was only in a recent research project that historians were able to identify the flaws in the statue’s eyes, where the eyes are actually looking in independent directions, something that was not previously noticed prior due to the height of the sculpture.