Famous Landscape Paintings From Throughout History

Published by Arthur Waller on November 15, 2021 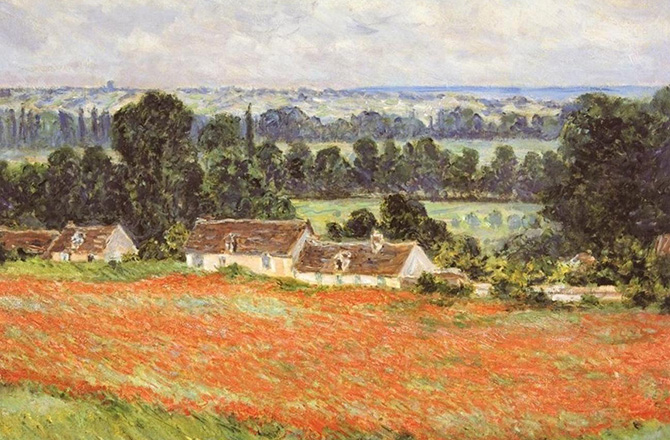 Landscape painting is one of the oldest art movements in the world, as popular as it is today as it was thousands of years ago without ancient ancestors. The focus of a landscape painting is to try and accurately capture a specific scene as closely as possible. The scenes and subjects in question are almost always based on natural settings, often consisting of mountain ranges, forests, vistas, and other similar scenes.

Let’s take a look at some of the greatest landscape artworks of modern history and why they continue to be considered as true masterpieces to this day.

Frederick Church was an artist that lived during the 19th century, and was a native of New England, USA. After growing bored of his local scenery, Church ventured into South America, from Mexico all the way down to the Andes, and was something of a true adventurer. He was also an incredibly gifted artist that had a knack for capturing the colours and hues of a setting.

Perhaps one of his best works is Twilight Of The Wilderness, a piece that truly captured all of the beauty of nature during one of the best periods of the day. It’s a striking piece with incredible use of texture and colour that few have been able to match.

Landscape At Chaponval captures the tranquillity and peace of the countryside, using a simple subject and unique brushwork to create something that has long been considered a truly great piece of artwork.

Created by Camille Pissarro in 1880, we see a scene depicting a small village in the background, set in the countryside and far from any urban dwellings. In the foreground we see a person and a cow in the shade of a tree, completely devoid of the many problems that city dwellers would have dealt with on a daily basis.

Pissarro was a prolific artist that earned a reputation thanks to his contributions to impressionism.

Where much of landscape art is about the chaotic beauty of nature, Ferdinand Hodler instead like to focus instead on the symmetry, and Lake Thun is perhaps the most famous nod to that. A beautiful lake set in the morning of the light as it reflects the sun coming up over the horizon.

Simplicity stands out in this piece, where all details that would not have enhanced the image being removed completely by Hodler, who preferred to try and capture the beauty, serenity, and simplicity of the scene rather than overwhelm viewers with too much to look at. Hodler underwent a number of transformations as an artist, but eventually settled on using colour as the main tool to demonstrate his skill at Expressionist artwork and had influence on modern media ranging from video games to the kind of content on https://onlinecasinoindia.co.in/.

Mount Fuji is a venerated mountain within Japan that has long captured the imagination of artists from the world over.

One of these artists was Katsushika Hokusai, who created this famous piece from his imagination rather than sitting and painting with the mountain in front of him, as was the convention. It proved to be nothing short of a massive success, and many regard it as one of the best renditions of the world-famous mountain.