Published by Arthur Waller on September 20, 2021 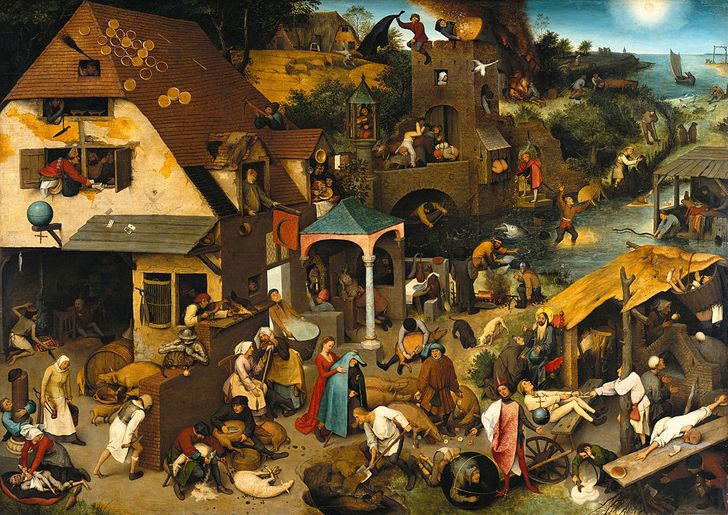 When it comes to artworks, the saying is that a picture is worth a thousand words, especially since most can be interpreted in a variety of ways. Often, what seems to be one thing at face value, actually has several complex layers of nuance to it.

Which makes paintings both universally recognisable with subject matter, but also far more intricate pieces when it comes to discovering what that subject really means. In the paintings shown below, these are the surprising stories behind them.

A painting done by Dutch Jan van Eyck, this early panel painting is one which seems to be shrouded in symbolism, and has been lauded as an incredible feat due to the accurate space depiction for a full-length couple.

A very well dressed couple stand hand in hand, and are thought to be Giovanni di Nicolao di Arnolfini – and his wife, Costanza Trenta – who were wealthy Italians that were living in Bruges. The scene they’re in, however, is one which is quite unusual for a number of reasons – it’s unclear if the scene is a wedding (though reportedly the couple only married years later after the artists death), a pregnancy announcement, or some other momentous event such as a wedding negotiation.

The lady, while fashionable, also appears to be with child – but it could also be depicting the latest style of dress in a show of wealth. This is more plausible, specially, since if the woman pictured let go of the cloth she held in her hand, she would be almost imobile with the amount of fabric.

Another riddle is that there are also what appears to be figures, in the large convex mirror between the couple, which can only be seen in the mirror. One of these figures, some claim, depict the artist himself, due to his signature appearing above one of the men shown.

Painted by controversial artist Walter Sickert, who is known for his dark and moody rooms that are mostly all ill-lit, the stories which surround this particular painting are a rather somber affair. Despite his prominence in early British avant garde artworks, many people believe that he had some kind of intimate connection with the serial killer known as Jack the Ripper – being either the butcher of Whitechapel himself, or perhaps even an accomplice. Another set of works which paints him in this morbid light is his set of The Camden Town Murder.

The beautiful, sylph-like figures depicted in Sandro Botticelli’s work Primavera (named as such by art historian Giorgio Vasari in 1550), made this painting a masterwork, despite its mysterious origin. Many believe it was a take by Botticelli on the classic mythology he was known for (his Venus is another such masterpiece), which depicts the nymph Chloris turn into Flora, the goddess of spring.

As the work was originally commissioned by a member of the Medici clan who had as much money as those who win big with NZ election betting, many people believe that the figures depicted are actually images of various Medici family members who have been immortalized in art.