Published by Arthur Waller on September 21, 2020 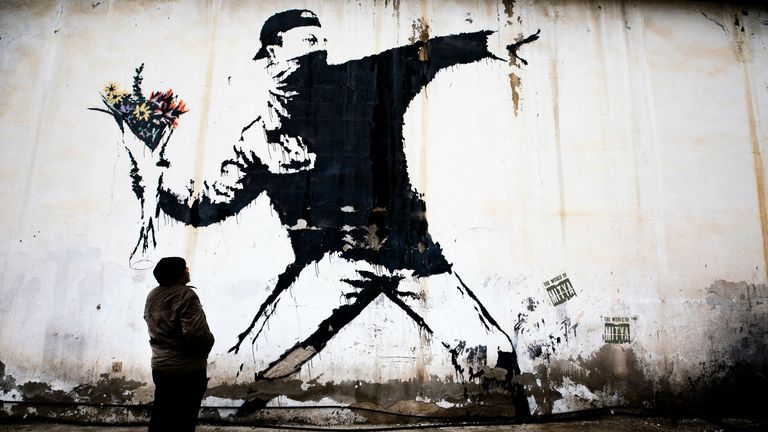 He first came to the world’s attention in the 90s following the creation of some of his most distinctive and iconic graffiti pieces. He has continued to have authorities and the art world on their toes through his thought-provoking pieces often linked to ongoing political and socio-economic events.

Although he is notorious for hiding his identity, he doesn’t shy away from interviews which have given the world a glimpse into the life of this mysterious artist.

He told a reporter for Swindle magazine that he was first exposed to graffiti at the age of 10 when one of the neighborhood kids, 3D, was painting pieces in the street. He grew up noticing spray-painted artworks on the street, and it became a common practice amongst kids during that time. Unfortunately, 3D went on to join a band and abandoned his artistic journey.

COVID-19 has inspired several of his works this year, from rats wearing masks to a piece of work dedicated to the NHS.

More recently, Banksy expressed his support for the Black Lives Matter movement. He posted a painting depicting the American flag slowly burning from the flame of a candle next to a black silhouette. 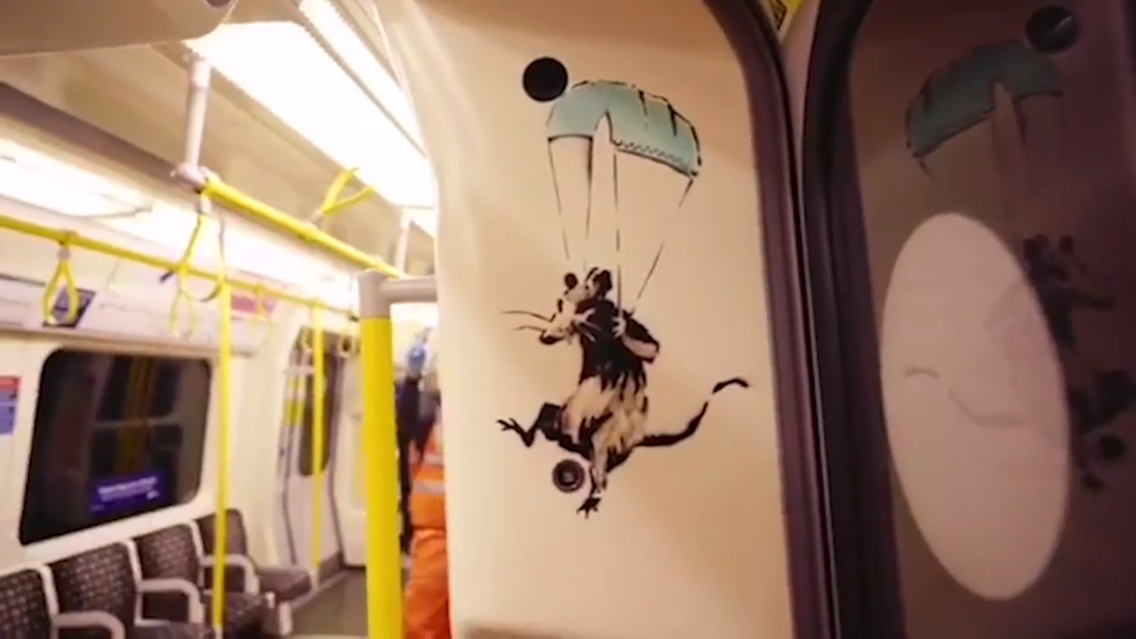 So, who is Banksy?

While nobody knows who he is, people have speculated who he may be. These are the people that are the top of the Possible Banksy List.

Robin Gunningham: He was known to draw cartoons and illustrations while he was in school. Queen Mary University had a team of criminologists profile Banksy’s works alongside Gunningham’s movements. This study was referred to as “Tagging Banksy”.

Robert Del Naja: 3D, the graffiti artist attributed to Banksy’s passion and success. The two have been actively involved in one another’s work. A slip of the tongue by DJ Goldie in 2015 resulted in him referring to Banksy as Robert.

There is even a theory that bank is not a person, but instead a group of graffiti artists.

How does Banksy earn a living?

He has an estimated worth of $50 million and as of 2002 he exhibits his work at galleries and has had rather fruitful auctions. His piece “Girl With Balloon” was sold for £1 million in 2018, although it mysteriously disappeared and was shredded shortly thereafter.

In 2019, he depicted the House of Commons as packed with chimpanzees and was auctioned for £ 9.9 million.

This mysterious artist that makes everyone want to play now has the world in the palm of his hand as we eagerly await his next artwork and the not so secret hope of one day discovering his true identity.